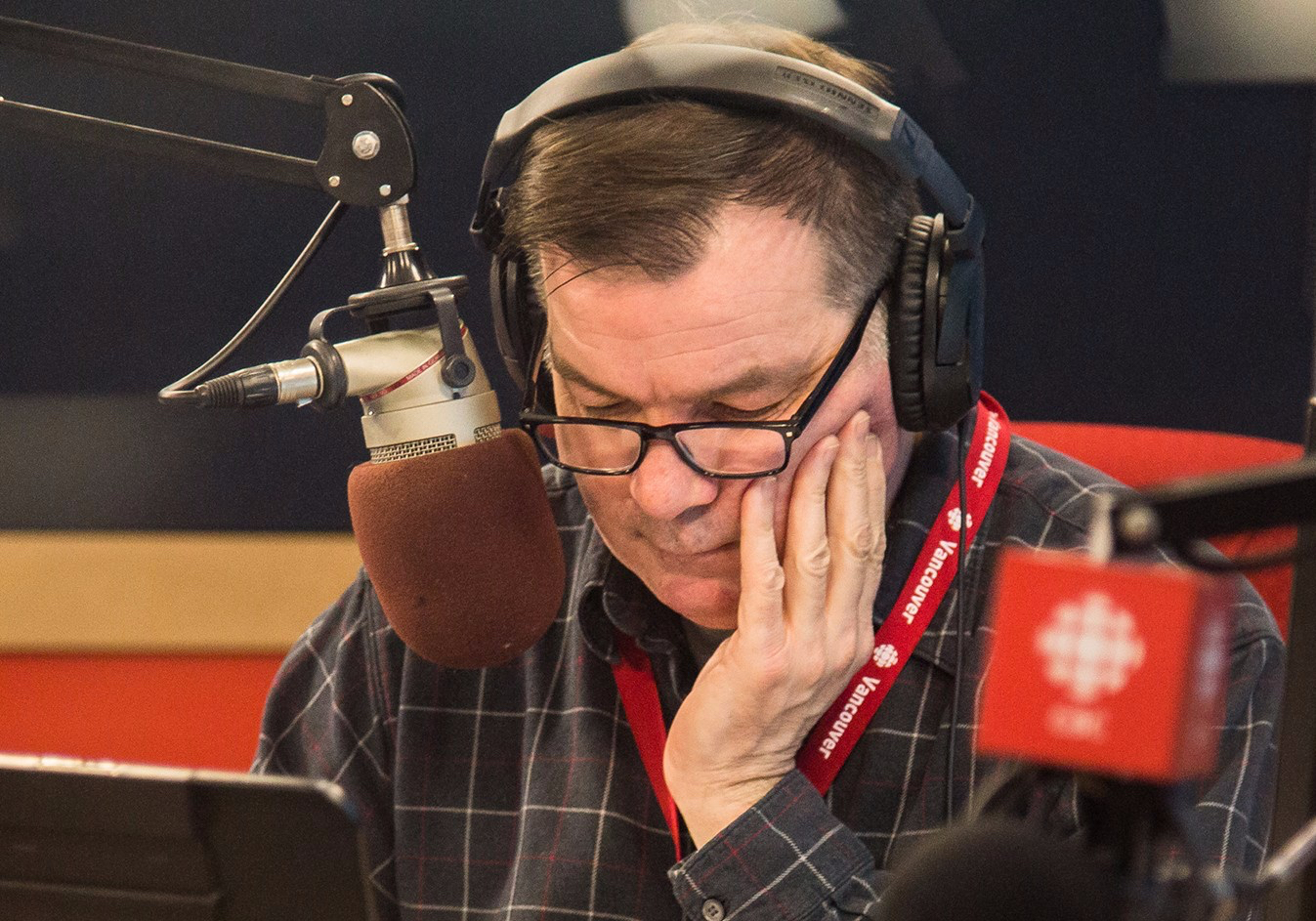 An in-depth look at Quinn’s journey to reaching his 4 a.m. dream job

When Rick Cluff—the longtime host of The Early Edition—announced his retirement in December 2017, many wondered about the fate of CBC Radio’s flagship morning show. The show has been key to the success of Vancouver’s most-listened-to radio station, and CBC listeners are a famously loyal bunch. Would they stay on after their morning companion of two decades had walked off into the sunrise?

For Stephen Quinn, who has now been in Cluff’s Early Edition chair for over a year, the challenge was both daunting and straightforward. “It’s a real legacy thing,” says the 55-year-old Ontario native, who joined CBC in 2000 after several years with CKNW. It’s just after three o’clock on a cold January morning, and Quinn is clutching a steaming cup of coffee. “It’s a show that most people listen to. The show has been a wild success under Rick, so all I had to do is not mess up.”

Morning shows are foundational for the radio industry. According to Numeris, the majority of Canadian radio listeners tuned in between 5 a.m. and 10 a.m. in 2018. In that time, 25 per cent of listeners were tuned in to talk radio stations. For CBC and CKNW—the number one and two stations in the Vancouver market, with 16 per cent and 12 per cent shares, respectively—having the right person behind the mic is critical to building an audience throughout the day.

Quinn began his journalism career later in life, spending his twenties working as an equipment technician in Montreal before eventually enrolling in BCIT’s broadcast program at age 30. “[What] I have always loved is that you can do something else while you are listening to the radio,” he says. “It doesn’t demand your attention the way a keyboard and a screen do, the way the television does.”

While at BCIT, Quinn met an instructor by the name of Bill Amos, who would prove instrumental to his future success. Amos is a veteran CBC radio journalist who, like Quinn, hails from Montreal. In 1980, in his earliest days as a broadcaster, Amos reported on the first Quebec independence referendum. By the end of the 1980s, he had moved cross-country and joined BCIT’s faculty, where he has spent the last 30 years.

When Amos conducted Quinn’s BCIT admissions interview in 1995, his extensive knowledge about municipal politics set Quinn apart as an impressive candidate, perhaps foreshadowing the many years he would spend reporting on city politics for CKNW and CBC. But ultimately what Amos remembers most about his former student is a willingness to do whatever it takes to succeed.

“Stephen said to me: ‘I have tried every possible avenue to get into radio or to get into media. People have been telling me I need to go to BCIT for about 10 years, so I give up, and here I am,’” Amos recalls. “All of us thought that he was going to do very well. I’m not surprised that his success has come in radio because radio—aside from print, of course—is more of an intellectual medium.”

Quinn is the first to admit to his own ambition as a journalist. “I am perpetually dissatisfied about where we are,” he says. “You are only as good as your last interview, and not every day goes perfectly.”

For Amos, the arrival of Quinn at The Early Edition represents a marked shift for CBC in style and substance. “He’s a bit of an antithesis to Rick Cluff,” he says of Quinn’s sharp interview style. “Rick Cluff was very popular, and was like everybody’s favourite uncle, sort of, but he wasn’t hard-hitting.”

While on the air, Quinn is constantly perusing audience feedback on Twitter. Listener comments can often be harsh and unfeeling, but he has learned to sift through the tweet-pollution, and astute comments are taken to heart. “I am impatient,” he says. “I want to push harder.”

Quinn’s favourite type of radio story is the accountability interview, but an important aspect of hosting, he notes, is to not always be hard-hitting. The Early Edition team is always conscious of what they call the “condition of the listener,” or being aware of where listeners are in their day. In the early morning, that particularly matters. Things like bad commuter traffic will affect programming, when producers know their audience is likely unsettled. In radio, most of the audience is half-listening, on their way to somewhere else.

Amos believes that the early morning commute is a pivotal reason that radio as a medium has continued to thrive where other traditional media have faltered. Recent research from Numeris backs up that theory. In its Fall 2018 study, entitled How Canada Listens, Numeris reports that 44 per cent of adult radio listeners are tuning in from their cars.

“Right now, radio has a healthier future than TV news,” Amos says. “I think there’s still power in listening to a story—if it’s very well-told and there’s sound effects mixed in and natural sound—it allows you, the listener, to create the story in your mind, which is more powerful.”

Across town, news-talk powerhouse CKNW runs its own morning show, The Jon McComb Show, in its own inimitable way. According to Larry Gifford—the senior programming director and manager of talk and talent for Corus Vancouver, which owns CKNW—the challenge of running a private station’s morning show, versus the public broadcaster model of CBC, is quite different.

For that reason, he says, there isn’t as much of a competitive spirit between the stations as you might expect.  “I see it as a different audience. I think there are enough listeners to go around for everybody.”

Despite differences in style, the fact remains that The Jon McComb Show and The Early Edition are the bread and butter of each station’s programming, capturing the commuter audience and setting the tone for the day. “More people listen to the radio in the morning,” Gifford says. “You need a strong morning show to really fuel your day of listening.”

For Stephen Quinn, his ascension to The Early Edition represents the pinnacle of his journalistic career so far. Still, it’s been a personal adjustment.

“The hours are hard,” he admits. Switching to father duty after his shift (two sons and a daughter, 10, 15, and 16 years old respectively), quitting Red Bull, avoiding mid-afternoon naps and maintaining regular eating habits are all challenges he hasn’t quite mastered after his first year in the chair.

“But I get to walk into this building every day, and do what I do,” he says. “I don’t ever lose sight of what a privilege it is.”

Plus, he adds, “I don’t know what else I would be doing, if I wasn’t doing this, honestly. I can cook.”